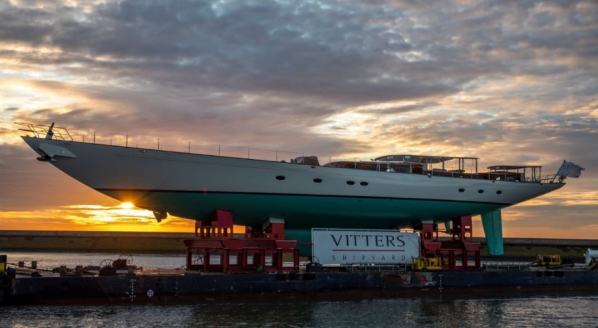 Vitters, the Dutch sailing yacht specialist, has announced the delivery of its new superyacht, 50m Meraki. Designed by Hoek Design (exterior) and Rhoades Young Design (interior), Meraki has been manufactured to excel in the areas of performance, reliability and comfort as the owners plan to race, as well as sail her to some of the world’s most remote destinations. The vessel has now been delivered and embarked upon its maiden voyage.

The yacht features sleek lines with reduced freeboard and low deckhouses which allow the helmsman excellent visibility over the deck. Meraki’s hull is one of the first large yachts to be built with a slight “tumble-home”. The tumble-home ensures extra righting moment at the optimum angle of heel and contributes to the overall beauty of the boat. The keel was designed with a large centreboard to improve her upwind performance.

The deck layout of Meraki features a large centre cockpit with two steering stations and forward of the main deckhouse another cockpit area for guests or crew. This forward cockpit is protected by a sprayhood and provides access to the crew area that is located forward in the yacht. There is an aft owner’s deckhouse and private cockpit connected to the owner’s cabin. The three-cockpit layout, which is rare on such vessels, adds a layer of versatility to the build.

MCM Newport was responsible for the owner’s representation and supervision of the build. The interior was designed by Dick Young (of Rhoades Young Design) who worked closely with the owner, Hoek Design, and Vitters to optimise the layout and its integration with critical technical components. 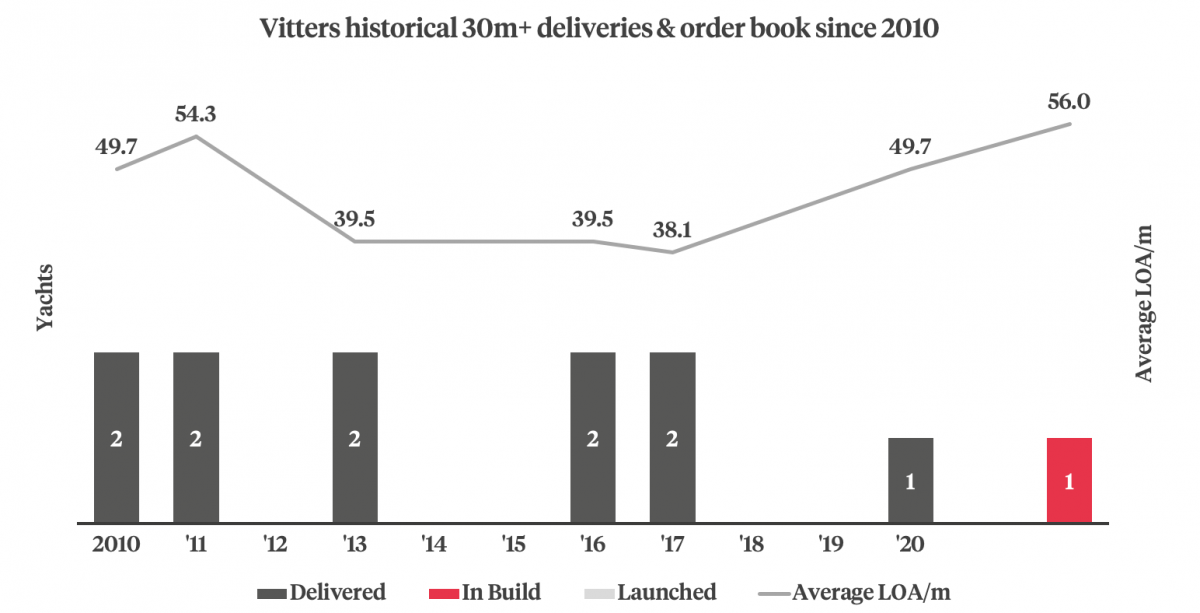 According to The Superyacht Agency, Vitters has delivered a total of 26 30m-plus projects since delivering its first in 1994. Over the last 10 years, the yard has delivered 10 vessels, averaging one delivery a year. However, having failed to deliver any superyacht projects in the last two years, the delivery of Meraki in 2020 sees Vitters deliver its first 30m-plus project since 2017.