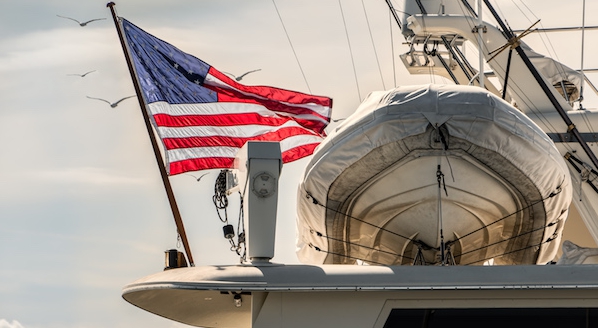 Amid all the doom and gloom surrounding the US new build market, which points to 50 per cent reduction in unitary output, it is actually encouraging to bear witness to a period of prolonged stability.

Since the bottom supposedly fell out of the market in 2017, where units fell 40 per cent, year-on-year, the market has stabilised to a remarkable degree. The nine units delivered nationwide that year, was followed by eight in 2018, with eight forecast for this year at the time of writing, and eight in build with a 2020 delivery date.

More encouragingly still is the incremental return to a heterogenous market dynamic. Yes, Westport is an absolute bastion of production yacht building, whose output is somewhat remarkable. But of this year’s deliveries and launches, and 2020’s due projects, a further four builders are represented – Christensen, Delta, Hatteras and Ocean Alexander – a positive move away from the ‘one builder state’ scenario that had developed. And these yards are building yachts that are growing incrementally in size, and moving closer to the national average high of 2016 (42.3m). 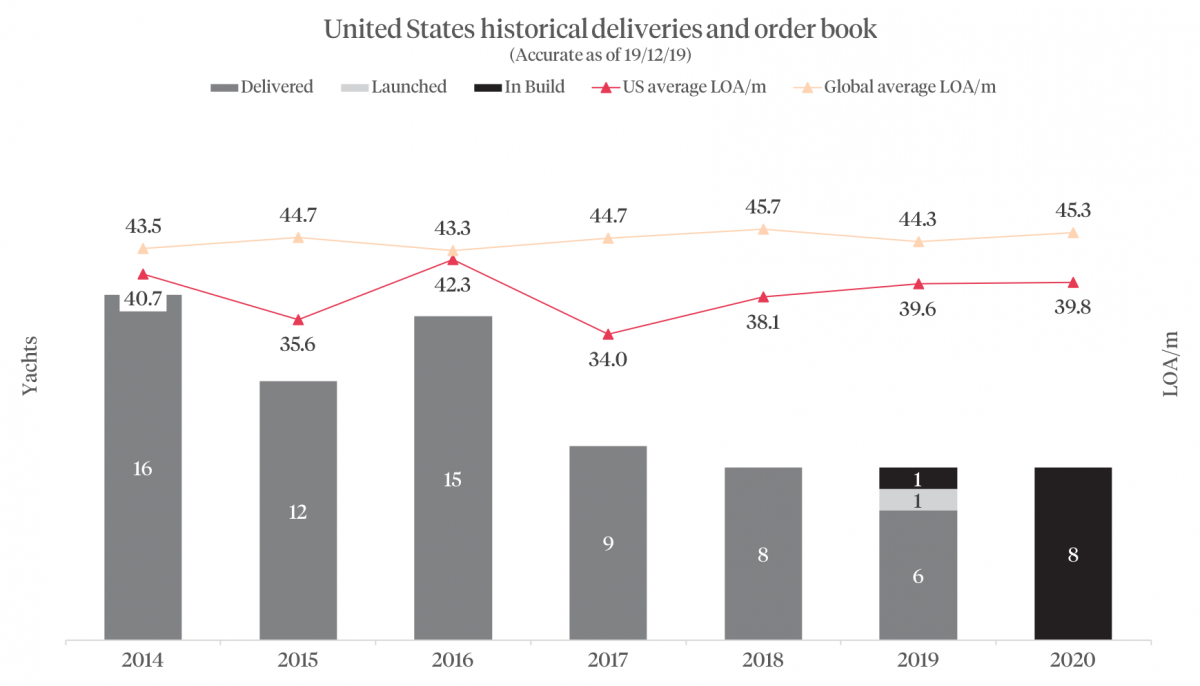 But while the new build market is showing some form of stability, the resale market in the US has taken something of a hit. Unlike its European counterpart, the US has been a victim of a glut of inventory at the bottom of the market over the last 24 months, seeing the number of units sold nationwide drop by 30.9 per cent since 2017 (at the time of writing).

Yes, values have rebounded this year, but the disparity against the market average has actually widened. The gap in 2017 was 1.4x; in 2019 it is 1.7x. In fact this is out of the hands of US-based brokers, as their bottlenecking of inventory has been met with a converse dearth of quality inventory in Europe, driving average values up, and bringing with it greater seller demand.

And besides, the American brokers are powerless if their domestic clients are reaping the benefits of FX buying power, and taking their money to cheaper shores. 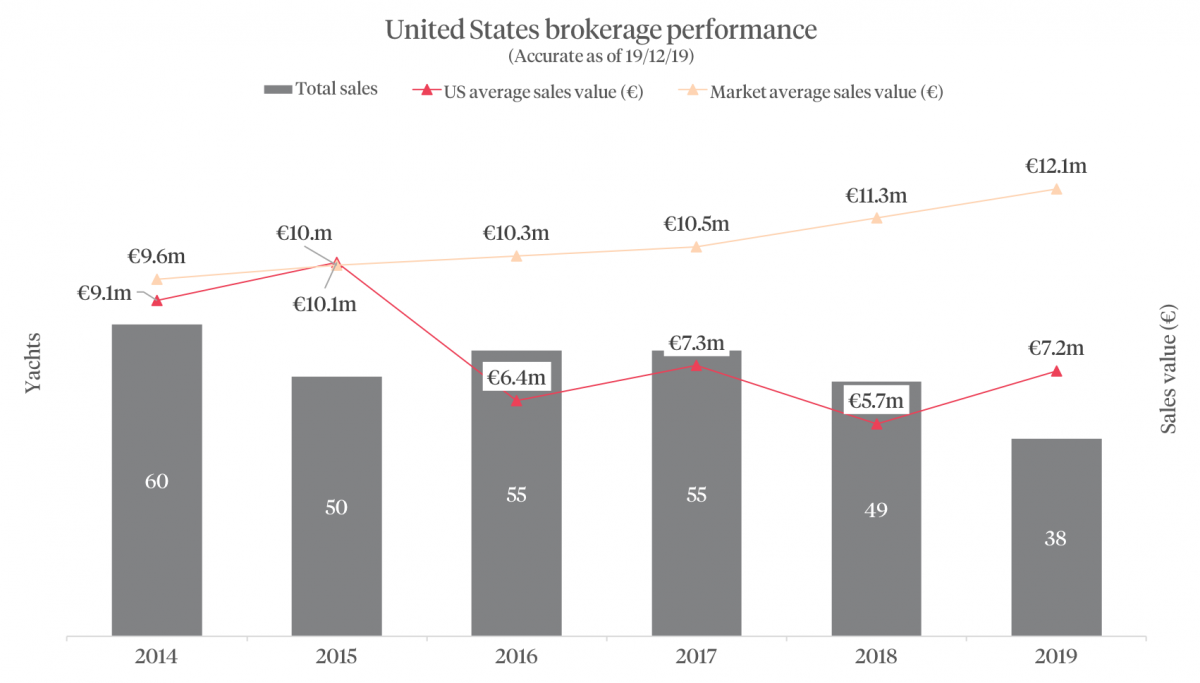 *all data supplied by The Superyacht Agency’s Intelligence division.