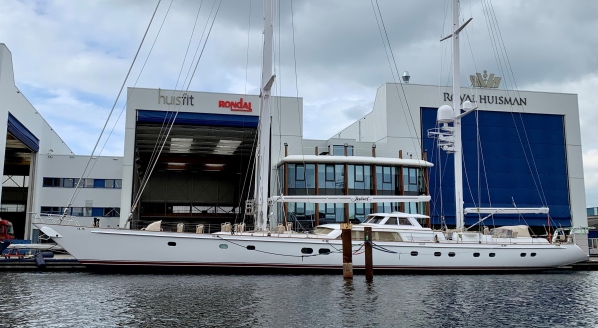 The centrepiece of Juliet’s hybrid conversion is a new gearbox, aligned with a new electric motor/generator. This facilitates indirect electric propulsion, either generated by the main engine or drawn from the new battery bank or generator. Conventional shaft drive directly from the engine remains an option as well. The system enables the main engine to meet the yacht’s ‘hotel load’ requirements by means of the electric motor/generator, while the power management set-up also provides additional silent options via the battery bank. 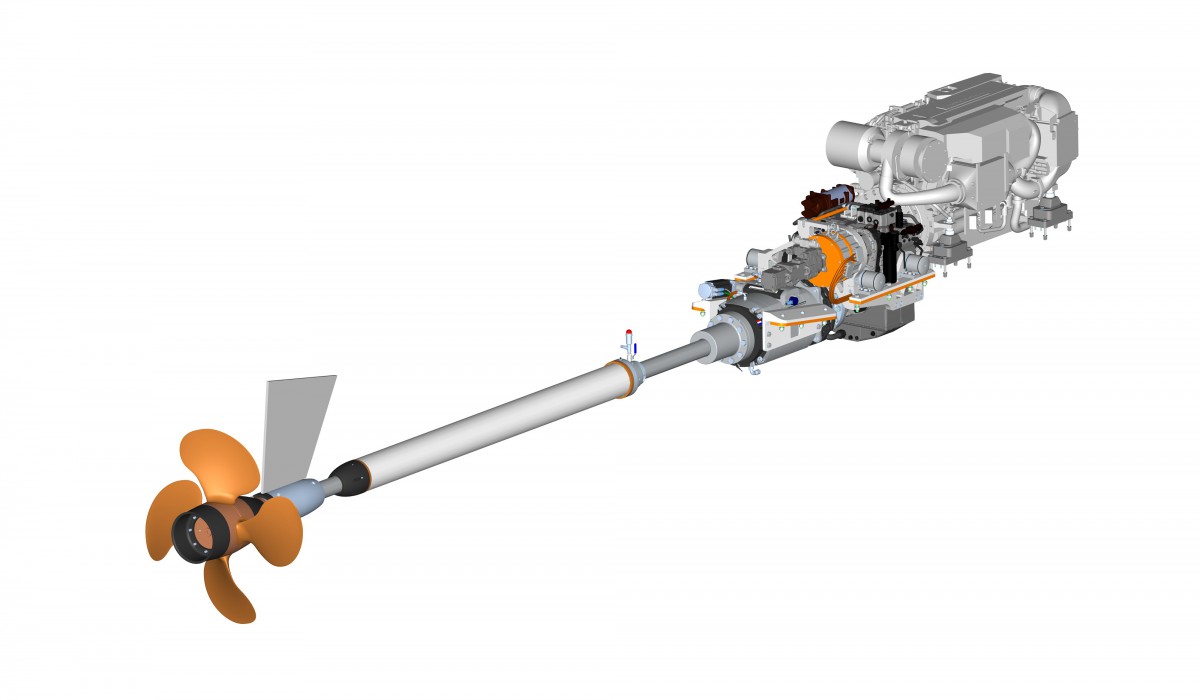 With the main engine becoming the primary source of power generation, the system is configured to deliver peak shaving from the battery bank, for example during sail hoisting and manoeuvring. The thrusters are electrically, rather than hydraulically, propelled. The same battery bank will enable ‘silent ship’ operation, including air-conditioning and hotel load consumers.

Under sail, electrical power will be generated by the propeller’s rotation. Rapid re-charging of the battery bank is provided by the electric motor/generator driven by the main engine or generator. At anchor, battery power replaces the gensets as the main power supply, eliminating the noise and atmospheric pollution that can detract from the harmony of pristine anchorages.

All of the above will ensure a much-reduced requirement for the main generators in their traditional role. They will offer a high level of redundancy, both for the propulsion via the diesel-electric system, and as an alternative source of electrical power generation. In the latter role, the main engine’s generator would typically be the first choice for the recharging of the batteries after hours of zero emission mode.

The Huisfit shipyard team is seeing an increasing interest in hybrid conversions. Not only do owners and captains recognise the benefits in terms of on-board comfort, but also anticipate the requirements of future worldwide environmental regulations.