Chinese superyacht builder Heysea Yachts has announced the delivery of its third superyacht of 2020. On 21 July, Heysea’s Vista 140ft travelled across the pearl river towards Dapeng Yacht Club, Shenzhen, on route to be delivered to its new owner. The largest power catamaran to be built in China, the 43m Wind Rider 1 is a full-custom project featuring naval architecture and exterior styling by the Heysea in-house team.

The catamaran’s interior layout was the work of Horizontal Design. The spacious living areas are characterised by a simplistic but sleek style that embraces the concept of luxury leisure. The design team’s aim was to fill the space with calm and tranquility.

In the 10 years after Heysea was established in 2007, the builder focused primarily on vessels in the 18-33m size segment. However, in 2017, Heysea re-focused on the superyacht market and the 30-45m size segment. This switch in focus is clearly reflected in new-build data provided by The Superyacht Agency below. 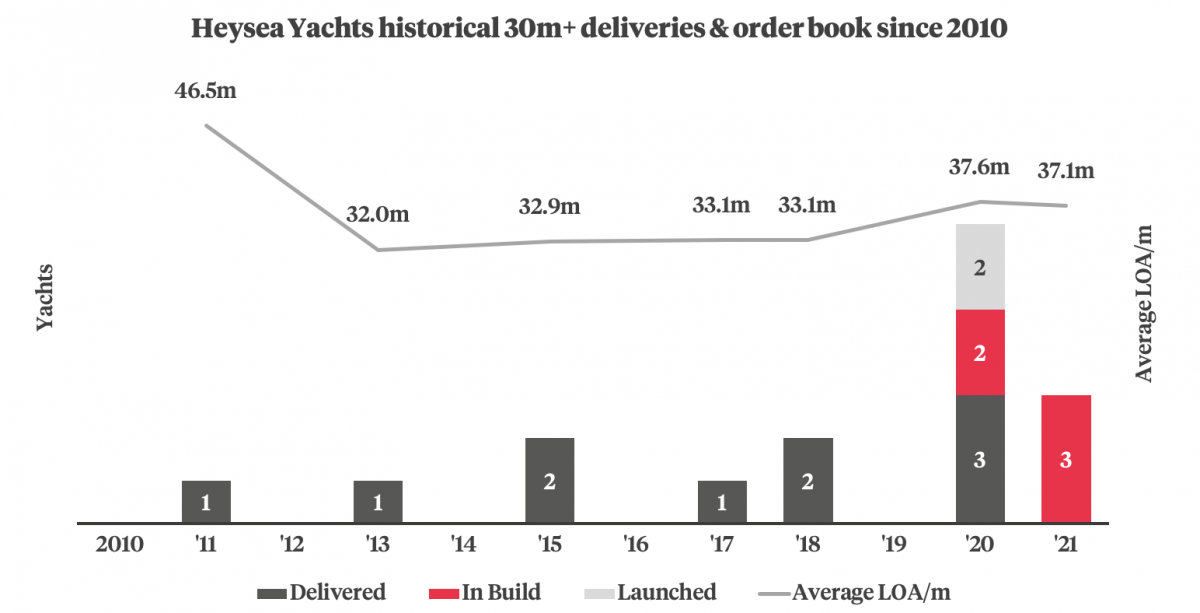 As the data shows, the delivery of Wind Rider 1 marks a record year for Heysea Yachts, which has delivered three yachts so far in 2020 and has a further four deliveries scheduled at an average LOA of 37.6m. If realised, this would be over triple the number of deliveries made in its previous best-performing year of 2018, with an increase of 4.5m in average LOA – encouraging signs for the Chinese new-build market.