Gulf Craft has released a construction update on its latest superyacht Majesty 120. The yacht’s main deck and sun deck were successfully joined to the hull last week.

The 37m vessel, due to be delivered March 2020, is the first Majesty Yacht model to have its onboard equipment completely electrically-powered without any hydraulic systems. Engines and generators will remain powered by conventional diesel methods. By doing this Gulf Craft hopes to create a noise-free environment as well as a more efficient construction process that in turn leads to less maintenance in the future. Gulf Craft has chosen a sandwich construction and modular build method to improve the efficacy of the build.

The yacht’s exterior lines have been designed by the shipyard’s in-house design team while the interiors has been designed in collaboration with Cristiano Gatto Design, which has worked with Gulf Craft previously in the design of Majesty 175 and Majesty 140. 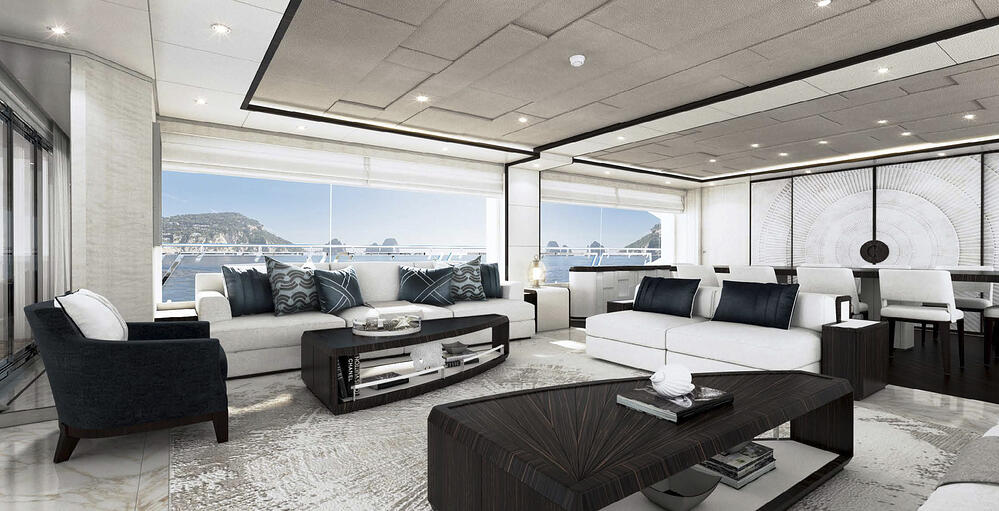 When delivered, the Majesty 120 will accommodate 11 guests across five staterooms with additional space for seven crew. She will also feature a Jacuzzi on the sun deck, as well as a hybrid beach club which can convert into a tender storage unit. 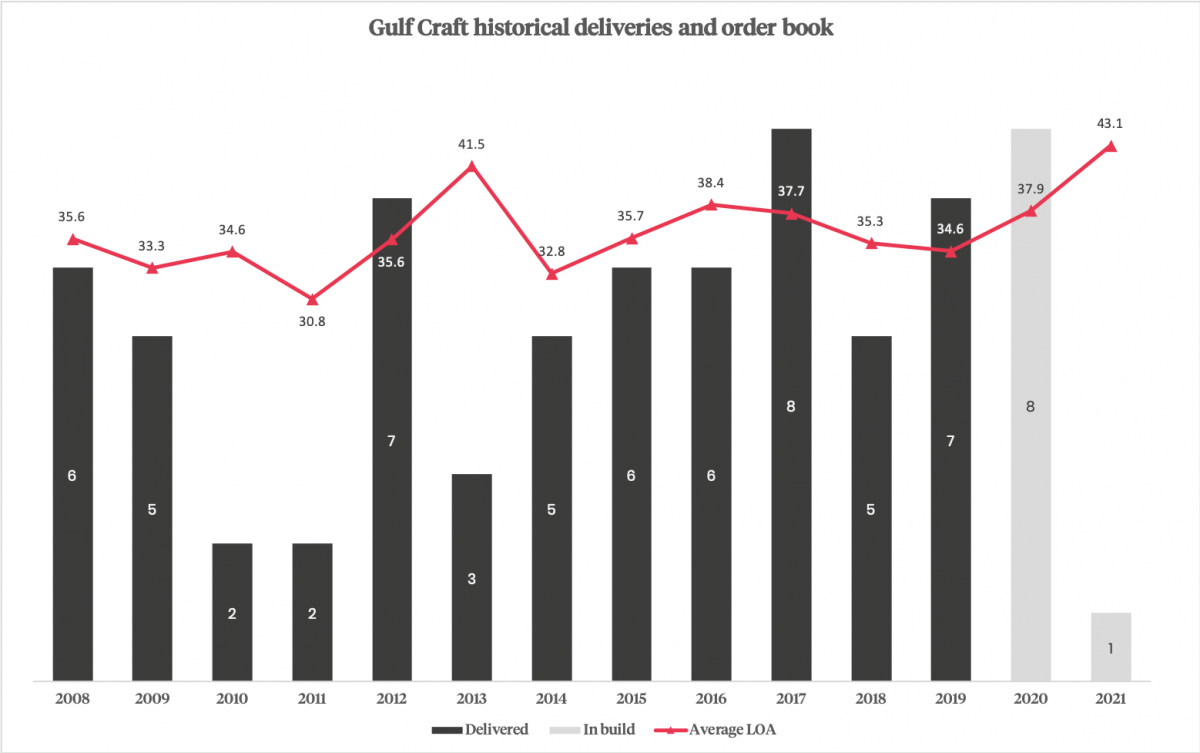 According to data from The Superyacht Agency, Gulf Craft currently has eight vessels in build for this year. Gulf Craft is one of the yards that SuperyachtNews would classify as a consistent builder. To qualify as ‘consistent’, a yard needs to deliver at least one vessel per annum for 10 consecutive years. Out of the 294 superyacht yards that have delivered over the last ten years, only 15 fall into this category. Gulf Craft has consistently exceeded this delivering much more than one a year on average and, if all deliveries this year go to plan, they will continue to retain their strong position within the market