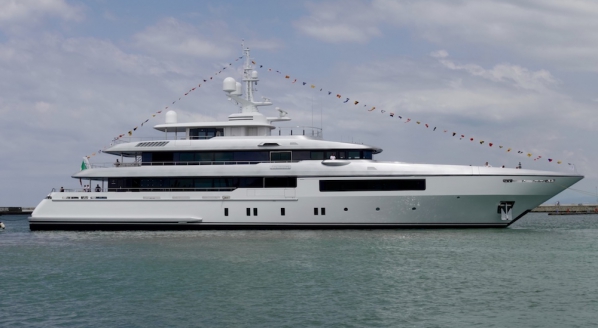 Codecasa has announced that the launch of 55m Hull C123 took place on 18 July at the Italian shipyards facility in the Darsena of Viareggio with a private ceremony.

According to the yard, “the new Hull C123 is a 55m, four decks fully custom [project] and displacement yacht featuring high technical and quality standards, clean and elegant exterior lines and the top technology.”

The technical elements of the project were all developed by Codecasa’s in house team, while the interiors of the vessels were designed by the yacht owning company’s own interior designer in co-operation with the yard’s style department. “The result is a yacht with a simple and elegant, yet eye-catching design,” according to the yard.

Hull C123 is equipped with two Caterpillar 3512C main engines, she is able to reach a top speed of 17 knots in light displacement conditions, as well as having a range of 5,000nm at the cruising speed of 12 knots.

“The Codecasa family and the whole yard team have proudly managed to complete the yacht construction on schedule despite the lockdown period and they would like to wish the owners many happy moment of pleasant use of their wonderful yacht,” comments the shipyard’s representatives. 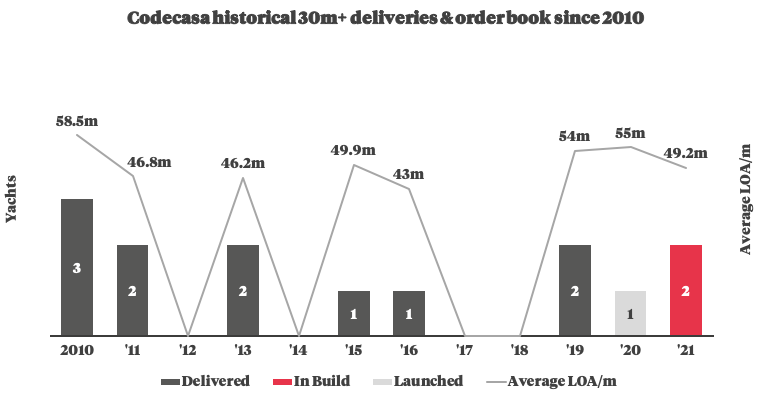 According to The Superyacht Agency, Codecasa delivered an average of 1.2 superyachts annually between 2010-2019, with its most prolific year coming in 2010 when the yard delivered three projects. However, after a period of two years without any deliveries between 2017-2018, the yard is returning to a period of stability with two vessels having been delivered in 2019, project C123 scheduled for delivery later this year and a further two projects due for completion in 2021.