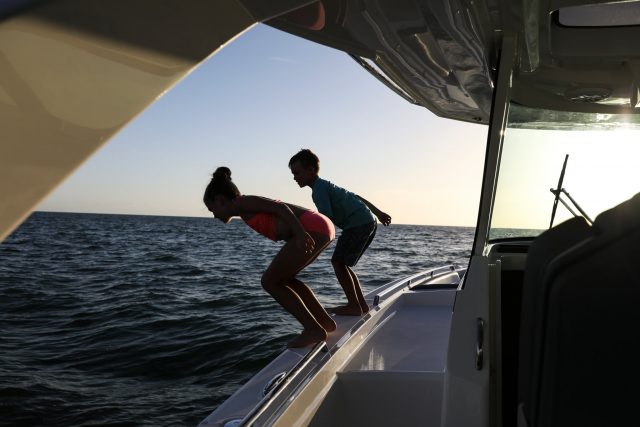 In April, when reality set in for the advertising executive Joseph Gordon — that his family’s spring and summer vacation plans were canceled, that his two kids’ camps would likely be canceled, too — he cast about for an escape. After a lot of research, Mr. Gordon, 40, of downtown Manhattan, located two 19-foot Yamaha jet boats (which cost $30,000 and more) for sale at Patsy’s Bay Marina in Stony Point, N.Y.

He asked to reserve the blue one. When he called a few hours later to switch to the red one, it had already been sold.

“It was crazy,” said Mr. Gordon, who has optimistically named his boat Super Summer. “There definitely wasn’t a lot to choose from.”

Boats haven’t quite achieved sold-out pandemic panic-buy status, like toilet paper, bicycles and baby chickens, but they’re in increasingly short supply. With families looking for a way to vacation in as close to a bubble as possible, they’re plowing money they might have spent on trips and summer camps into all manner of boats, from $30,000 16-foot boats to, in one case, an $8.5 million 84-foot Italian yacht. (Yachts are generally about 33 feet, though there is no exact definition of a superyacht or gigayacht. “It depends on how cool you want to sound at the bar,” said Bob Denison, the president of Denison Yacht Sales, whose headquarters is in Fort Lauderdale, Fla.)

Lindsey Murray, 33, of Navarre, Fla., heard about dwindling boat inventory from a local fishing store (some of her husband’s fishing gear was on three months’ back order there) and scrambled last month to buy a nearly $50,000 18-foot Robalo fishing boat, one of only a few options left in their price range. 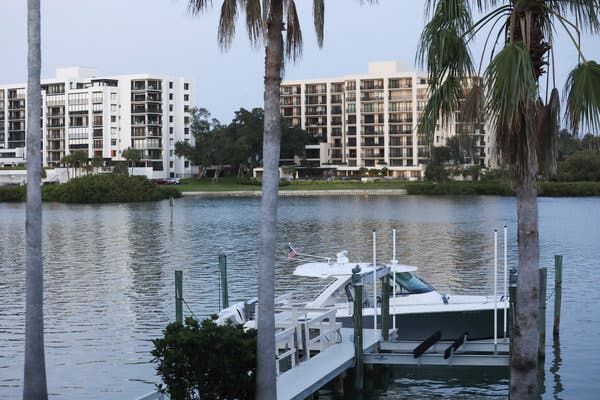 “When we picked up our boat, there was literally nothing left on the lot,” said Ms. Murray, who considers the purchase “a good trade” for her canceled trip to New York, canceled two-week road trip around the United States, and her two sons’ canceled $2,000-per-month sleep-away camp. Much to the delight of her sons, she is keeping the boat in her backyard, both because the marinas are full (and a spot starts at $300 a month) and because the water is closer to her house than any available storage units.

It doesn’t help the stocks that U.S. manufacturers were shut down for at least a month (Italian ones for longer), and are still hamstrung by supply chain problems. Yamaha, for example, reopened its two U.S. factories on May 4, and is technically operating at 100 percent, but can’t finish some boats because it’s missing seat cushions or wiring or windshields, said Bryan Seti, the company’s manager of sales and marketing. (Yamaha sold a whopping 1,600 boats in May, about a third of what it usually sells in an entire year, according to the company.)

The run on boats is happening across the country. Chuck Cashman, the chief revenue officer of the boat dealership MarineMax, which has 64 locations in 23 states, says sales are up in every single category. Nearly three quarters of queries online are from first-time boat buyers, an unusually high number, he said. The company prides itself in its inventory, but Mr. Cashman said some customers are buying “like you would a car, where you take what’s there at the time because it’s close enough. In this social isolation, there’s so few things you can do that are exciting, and boating is one of them.”

At Quality Boats, which has four locations in Florida, May was the best sales month the company has had in 46 years (in terms of units sold, though the sale of a $1.4 million 45-foot saltwater fishing boat didn’t hurt). David Bair, an owner, has been delivering boats as far north as Connecticut to customers who can’t get what they want locally. (The average cost of sale is $280,000.) Mr. Bair has had to hire his own contractors because freight companies are too backed up to satisfy impatient customers, who want to be on the water faster than you can say “seaworthy.”

Kelly’s Port, a boat dealership in Osage Beach, Mo., is down to less than five percent of its usual inventory. The 44-year-old company, whose average sale is $100,000, has since broken every record “dude, by the hour or by the day or the weekend or any way you want to count it, from sales to gas to service to stowage,” said Ryan Kelly, a partner.

“We know there are a lot of people hurting right now,” Mr. Kelly said. “But speaking on dollars and cents, we’ve never ever, ever seen boat sales like this.” 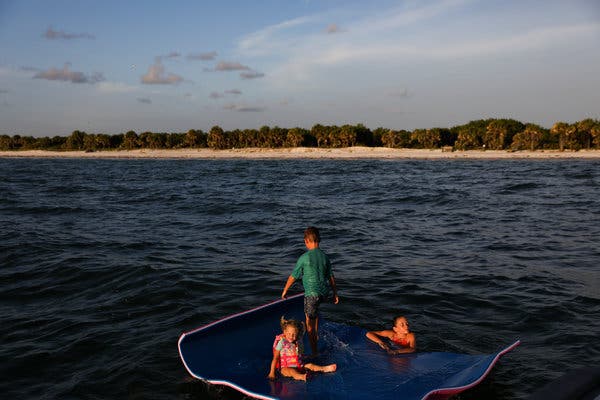 Boat dealers say they are surprised at the number of first-time buyers going for yachts — usually a purchase one works one’s way up to. Often the buyers are people who have chartered yachts in the past and are having trouble doing so during the pandemic, said Mr. Denison, whose company was started by his grandparents in 1948.

In comparison to other big-ticket items like planes or even cars, there is surprisingly little to learn when driving a boat; MarineMax sends a captain out with clients for a single four-hour tutorial. Mr. Gordon took a six-hour boating class online. Dan Croghan, 57, of St. Louis, praised the joystick on his recently purchased 35-foot SeaRay 350 SLX, which allows him to dock the boat simply by moving the controller, as opposed to executing any complicated three-point turns in already-crowded marinas. (Boat license requirements vary by state; often, those under 21 need to complete boating education courses.)

In May, Amanda Tress, 34, of Belleair, Fla., bought her first boat: a 38-foot Tiara 38 LS (a yacht, though she doesn’t like to use that word). About a week later, she got pulled over by the water police for driving too fast. She has no regrets.

“The dolphins were jumping in our wake for 15 minutes,” said Ms. Tress, who owns a diet company, has three kids under the age of 10 and is pregnant with a fourth. “It was better than Sea World.” She has been using her boat every day, hunting for islands that don’t allow drinking, including those in state parks, because they tend to be less crowded. (Florida has dozens of tiny islands, many accessible only by boat, where you can hike, fish, spot sea turtles and pelicans — and in some cases, pop open a beer or whatever else you’ve got stashed on your boat.)

“If you go to an island, it seems like there’s no coronavirus,” she said. “And the boat itself is like an island. You’re separated from the stress of life.”

Though Ms. Tress’s boat is party-sized, she is limiting guests: For her son’s 7th birthday in June, she allowed three friends aboard “whose parents I know have been careful.” (For non-yacht owners, limiting guests is less of a problem; the boat size limits how many come aboard anyway.)

For James Woodruff, 53, of Truckee, Calif., a boat seems like a good solution for staging mass entertainment. Mr. Woodruff, who runs an events company — “everything in our world has been canceled,” he said — bought a 21-foot Yamaha 212S this month in part to research a professional pivot. He’s trying to organize drive-up concerts on Lake Tahoe, maybe with the main act performing on a barge.

“Boats are sexier than sitting in your car,” he said.

Mr. Woodruff drove eight hours to pick up his boat in Idaho, the only place he could find it, then struggled to secure a boat inspection time available before mid-July. The silver lining is that the boat rush has allowed him to rent out his 15,500-square-foot warehouse for boat storage.